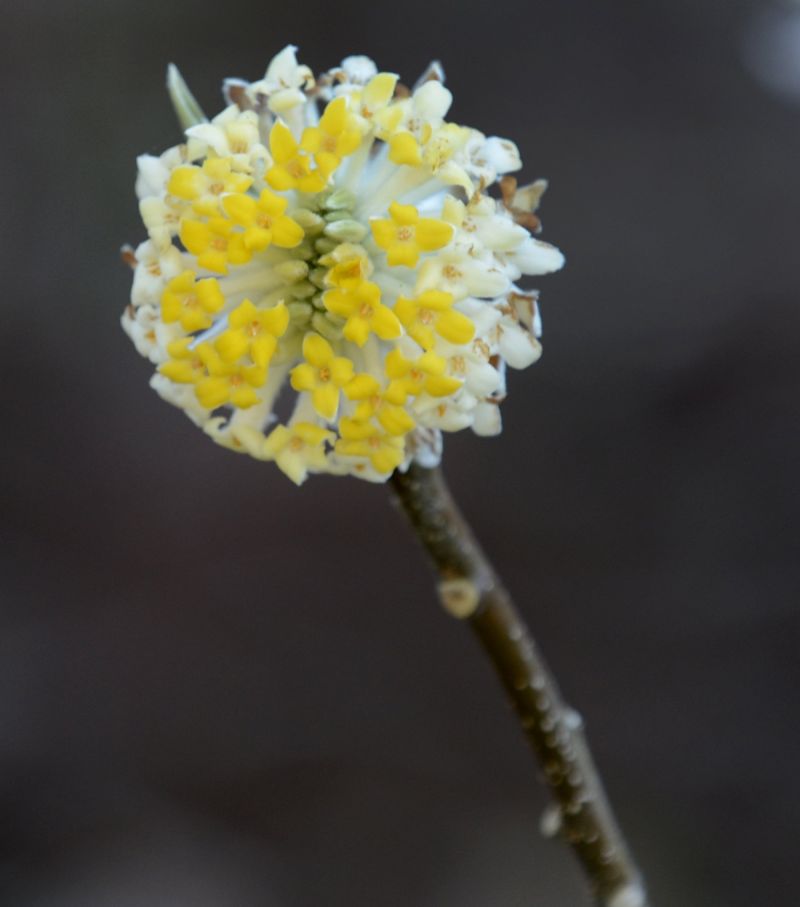 Flower buds on Edgeworthia chrysantha have been causing great anticipation at Dunedin Botanic Garden over the winter months.  This specimen, in the Otaru Teien border by the duck pond, is flowering for the first time.

Flower buds form in late summer then over winter on bare deciduous stems before bursting into flower in late winter or early spring.  The buds are covered with fine, silver hairs, making them an attractive feature over winter.  Numerous tiny tubular yellow flowers that fade to white are packed into tight little round flower buds.

The new growth soon follows with young leaves covered in fine white hairs. The leaves mature to a narrow ovate shape and are grouped together at the end of the branches, giving the plant a tropical look over the summer months.

Although slightly frost-tender in Dunedin’s climate, you can often find a suitable spot for them.   At Dunedin Botanic Garden it receives some frost protection from an overhead deciduous tree, Taxodium distichum and still gets good sun and some dappled shade protection from the hottest part of the day.

Commonly called the paperbush, Edgeworthia chrysantha is grown extensively in Japan because the inner bark is used to make high quality paper.  This is used in the production of Japanese banknotes which have a real papery feel compared with our rather plasticky-feeling New Zealand bank notes.