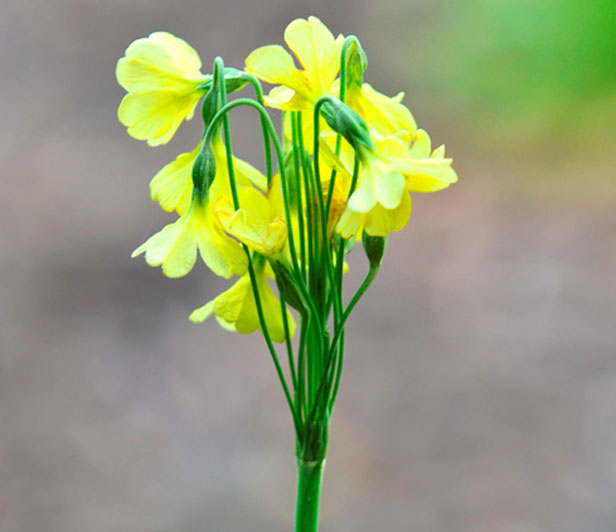 Although all kinds of herbaceous plants make effective companion plants for rhododendrons, my favourites are those that come from the same regions of the world that the rhododendrons themselves come from. Not only do they form a beautiful understory but they also help convey a more complete impression of the rhododendrons’ natural habitat.

Amongst the most charming are the Asiatic Primulas. One species I have used at Dunedin Botanic Garden isPrimula sikkimensis.  A small group is growing in the Rhododendron Dell by the narrow link track north of the two large Pinus radiate.

Some have only just pushed through the soil surface, whilst the first pale yellow bell-like flowers have appeared on a couple of the others. The stem on one is over 40cm, but is still well short of the 90cm they can reach at maturity. If you take a closer look at the stem, you will also notice a fine powdery covering known as ‘farina’ common to many other types of Primula. The farina extends right up to cover the pendulous flower stalks and adds to the pale impression of the flowers.

By contrast, the rosette of leaves at the base, are a shiny mid green and have a relatively coarse texture accentuated by their serrated edges.

Coming from wet mountain meadows from Nepal to West China, Primula sikkimensis is well suited to the woodland garden in New Zealand, where it thrives in moist, humus-rich soils in sun or part shade.