Wow in the Winter Garden Glasshouse 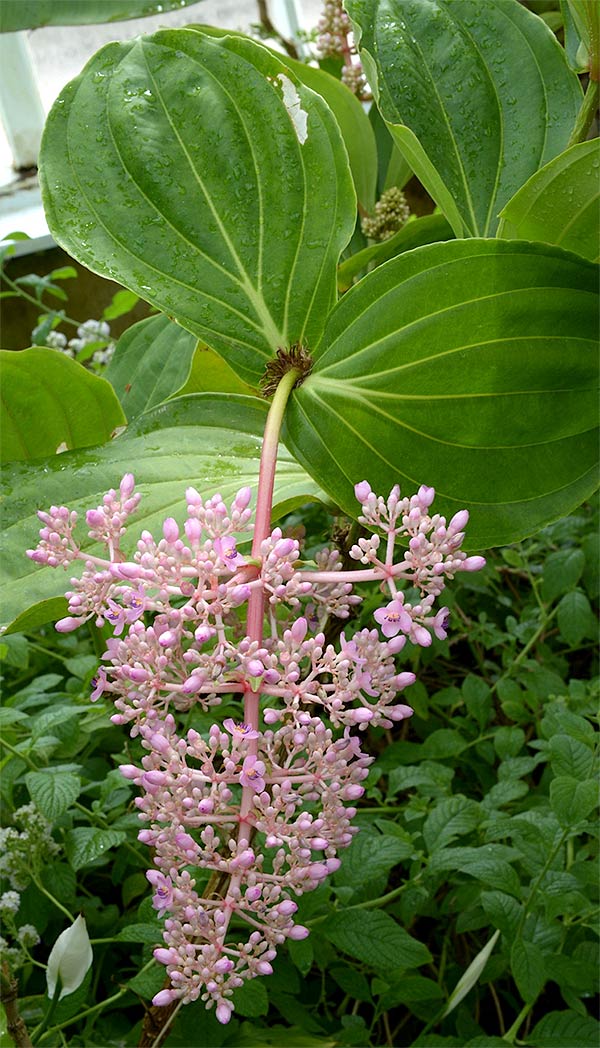 Some plants have a wow factor and others not so much.  Medinilla multiflora certainly falls into the former category.

It has bold foliage and striking flower displays followed by intriguing fruits.  When it flowers, large racemes cascade down and can be as long as 40-50cm.  They are covered with small pink flowers that open over a few weeks.  The flowers are eventually replaced by small pink fruits that slowly darken to purple then black, slightly resembling a bunch of grapes.

Native to the Philippines, this plant is grows as an epiphyte in the forks of tall trees.  It prefers dappled shade with bright filtered sunlight, temperatures that rarely fall below 15 celsius and high humidity, all essential for optimum growth and reliable flowering.

Soil mixes should be light, with plenty of coarse material such as an orchid mix incorporated into a peat-based potting mix to ensure there is plenty of air around the roots.  Once established, Medinilla can withstand reasonable periods of drought.

It can be susceptible to spider mites and greenhouse thrips.  They can easily be controlled with plant-soap-based sprays or hosed off the leaves with a small amount of water pressure.

The plant growing at Dunedin Botanic Garden was originally sourced as Medinilla magnifica nearly 30 years ago.  At the time of writing, we now recognise it as Medinilla multiflora, sometimes grown and sold in NZ as M. myriantha.

Medinilla multiflora can be seen growing on the north side of the central house of the Winter Garden glasshouse.